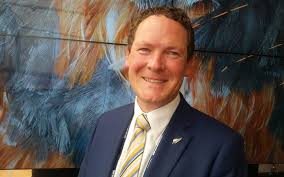 One of the well-known tourism operator estimates that it has a chance to lose about 10,000 customers a month as the deadly coronavirus travel ban continues.

Wayfare chief executive, Richard Lauder explained that the Government of China’s decision to stop all group as well as package tours would certainly impact its operations which include Real Journeys and Go Orange, and at the same time could reduce in sailings on Milford Sound and Lake Wakitipu. However, with tourism accounting for 20 per cent of the export earnings of New Zealand, the greater economy will probably feel the pinch too as higher spending Chinese visitor numbers diminish during the Chinese New Year holidays, a time when they would normally peak.

Tourism New Zealand chief executive, Stephen England-Hall explained that they had thought of the drop in Chinese holiday arrivals (which totalled about 330,000 last year) but it would pick up during the summers. “But that’s clearly unlikely to happen at this point.”

England-Hall cautioned in 2019 in which he predicted that Chinese visitor numbers had been overly optimistic and their spend in the next two years was probably hit a down by half a billion dollars.

“Those businesses heavily dependent on the Chinese market will feel some impact and the size of that will depend on exactly how the ban is implemented at local level in China, but people should plan on having a pretty bumpy year.”

He stated that it was also possible that infection anxiety could support travellers from countries outside China in postponing their holidays.

“There is a risk that in some more risk averse cultures they might just say ‘we’ll stay home this year and we’ll go next year.’

“If that happens at any scale that will have a significant impact across the tourism industry globally.”