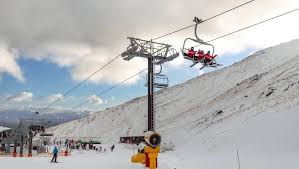 A week after New Zealand banned Chinese travellers to prevent the spread of coronavirus, TNZ is fine-tuning its international marketing to try and regain a lot of lost ground.

TNZ chief executive, Stephen England-Hall explained that the border close down was difficult as it came during the busiest time for Chinese visitors and the industry had no plans when it would end.

“It’s about a half a billion dollar impact on the tourism sector, assuming that Chinese arrivals fall to zero for two months, and then it takes another four months to get back to where we were before. ”

“Whatever way you cut it, they’re quite big numbers.

One of the disturbances was the time lag in getting correct information to see the way travel trends were changing time to time.

England-Hall explained that they weren’t aware of whether travellers forced to stay home would simply postpone their trips here, or initiate holiday planning from scratch.”Imagine if you have spent $5000 a person on your holiday plans, that gets wiped out and you have no insurance to cover that. You’re probably starting again. ”

On a short term basis, TNZ is planning which markets it should target between now and midyear, and in the longer term.

“But we’re very mindful that Australia also has its ‘stay here’ campaign this year running promoting domestic tourism in Australia and we don’t want to be seen to be unsupportive.”

Nevertheless, selling New Zealand as a winter vacation spot for Australians is on the list, along with emphasizing on Canada and the US which have been performing well and have direct flights here.

Post-Brexit Britain was another possibility.

“We’re looking at all those different options at the moment looking at where we can re-spread our relatively thin butter to see if it can have an effect.”