Tourism Is Now A $22.6 Billion Industry In South Carolina 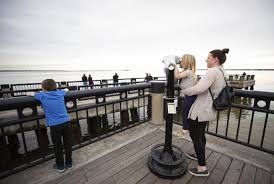 In South Carolina, tourism is now a $22.6 billion industry, representing a $1.4 billion increase from the previous year and a 50 percent increase since 2010, according to the South Carolina Department of Parks, Recreation &amp; Tourism figures.

The figures, announced by SCPRT Director Duane Parrish during the opening session of the Governor’s Conference on Tourism and Travel, characterize business activity in 2017, marking the sixth consecutive year of tourism growth in South Carolina.

There has also been a 63 percent increase in hotel RevPAR in South Carolina since 2010.
Parrish credited collaborative work between multiple tourism organizations for the growth, adding that an investment in off-the-beaten path destinations along with commitment to traditional vacation areas have opened up new possibilities for the state’s tourism industry.