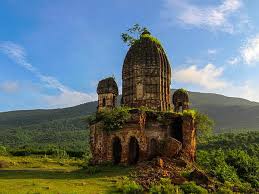 Travel and tourism industry representatives from 42 countries will attend ‘Destination East 2019’, a buyer-seller meet to be held on January 14 and 15, West Bengal Tourism Secretary Atri Bhattacharya has said.

He said that with this emphasis on USA and Europe, around 65 percent of the 110 buyers to participate in the event, would be from there. An initiative to promote inbound tourism in West Bengal, the event is meant to help tour operators to expand their business by promoting new destinations to their customers, Bhattacharya told newspersons here January 8.

He said that in 2019,  there would be discussions to create new circuits beyond the border, involving the bordering and nearby countries where the state has direct connectivity. The new circuits can be with Bhutan and Nepal, which have direct air and road connectivity with the state,” Bhattacharya said. Based on interactions, we will know the outlines of such an initiative. The ninth edition of Destination East would emphasise on positioning Kolkata as the cultural capital of the country and also to promote Biswa Bangla Convention Centre, where the event will be held, as a MICE destination, said Vijay Dewan of business chamber CII, which is partnering the state in organising the meet.

With 1,700 rooms to be added to the city’s star hotel capacity by 2022-2023 at an investment of around Rs 2,500 crore, and large convention centres coming up, West Bengal can be an ideal destination for Meetings, Incentives, Conferences/Conventions and Exhibitions (MICE) tourism,” Dewan said. The tourism secretary said that amongst the top 10 states contributing to inbound tourism growth in India, West Bengal ranked sixth in 2017 with a contribution of 16 lakh foreign tourist arrivals (FTA), which is 5.9 percent of total FTAs to India ahead of states like Kerala and Goa.