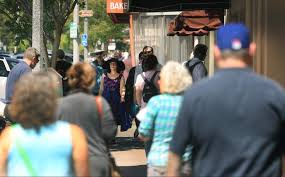 As per the findings, visitor spending in Sonoma County increased 4.4% to almost $2.2 billion from 2017 to 2018. Also, it showed a 6.7% rise, or $194.8 million, in travel-generated state and local tax revenues. Of that, visitors generated $102.1 million for Sonoma County to aid the local services.

Without the tax revenues produced by travel spending, each of the homes in Sonoma County would have to pay an extra $890 in taxes for state maintenance and local services, according to Sonoma County Tourism and Visit California, per Dean Runyon and Associates’ data.

Claudia Vecchio, president and CEO of Sonoma County Tourism, explained the 2018 statistics do not show a typical year for the tourism economy of the region. Each year, the agency commissions the report offered via Visit California’s joint venture with Dean Runyan and Associates.

“In the 18 months following the 2017 wildfires, tourism in Sonoma County experienced a time unlike any in our history,” Vecchio said. “Traditional performance metrics, such as the STR report of lodging rates and occupancy, were monitored but did not convey the full picture of the challenges faced by the tourism industry during this rebuilding time period.”

Besides, even though area lodging properties were full, majority of the occupants were people displaced from losing their homes due to mishaps like fires, or workers employed by construction and rebuilding companies, she said.

“This makes any economic impact numbers for 2018 outside the normal reporting environment,” Vecchio said.