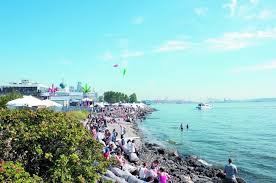 Tourism Western Australia has announced a colossal two-year plan for reviving tourism numbers in the state by positioning the state as Australia’s western gateway, and for intensifying promotional activity.

The state government would provide $425 million to Tourism WA over the next five years and Qantas’ new Perth to London route is expected to help improve international tourism in the region.

Tourism WA wishes to work with industry providers to promote Perth as an affordable and vibrant destination.

Tourism Minister of WA Paul Papalia said that tourism hasn’t been going well for WA.
To quote Papalia, “Tourism has really suffered during recent years. We’re lagging dismally [behind] all the other states. We are now more affordable than both Sydney and Melbourne, and our average hotel price is more affordable than the national average. Now is the time to come and visit.”

Papalia also spoke about the unique natural experiences that the travellers can find not far from metropolitan areas. “You can go down to Rockingham and walk amongst a penguin rookery, see a seal colony. Or if you’re a bit adventurous, go swimming with wild dolphins.”

He emphasized the appeal of Rottnest Island’s quokkas, which are famous for having the cutest little faces which people love to take selfies with. Celebrities visiting the island include names like Margot Robbie and Roger Federer.