As a tourist destination, South Africa is LGBTQI friendly 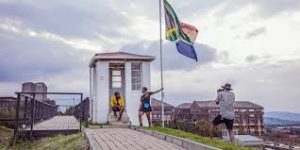 As a tourist destination, South Africa is LGBTQI friendly and South African Tourism is organizing influencers’ world over to showcase this.

LGBTQI+ Media Trip
In the course of the 10 days event, the group will be exploring different parts of the country. There are representatives of the LGBTQI community worldwide, from South America to Asia.

Darryl Erasmus, Chief Quality Assurance Officer and the lead for Brand and Visitor Experience at South African Tourism says: “We have created a diverse and geographically spread itinerary for the group.”

This community constitutes an important number of people with spending power. With informed decision making and travel destinations that are welcoming, there is much to be shared by the LGBTQI community in the likes of South Africa.

The constitution of South Africa was a pioneer in guarding against discrimination and marriage equality, in Africa as well as in the world. It was the first country in the world to safeguard against discrimination statistically, on one’s sexual orientation and one of the first to legalize same-sex marriages. As this sometimes differs from lived experiences, the country is welcoming and legally protective of all visitors, including the LGBTQI+ community.

“Notably, what counts in South Africa’s favour is that we have one of the most progressive constitutions globally. Ours was one of the first constitutions that included protection for people from a sexual orientation perspective,” says Erasmus.