Tourist gets refund after being exorbitantly overcharged by cabbie 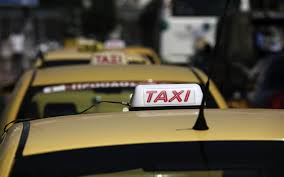 An unsuspecting tourist in New Zealand, who was charged $887 for a five-minute cab ride was relieved after he was eventually refunded the money.

The tourist, John Barrett, from Scotland, was on a holiday in Wellington with his wife Susan when they hired a cab to his apartment from the train station on January 21.

The journey was shorter than a kilometre and took just minutes but when Mr Barrett’s card was rejected the following day, he soon realised he’d paid well over the odds for the short trip.

After contacting the local council, the matter was elevated with the NZ Transport Agency.

Taxi Federation Executive Director John Hart said overcharging was becoming a common occurrence in the city and passengers needed to be vigilant.

Mr Barrett said the vehicle was operating with a Wellington Cabs light, however, this name is not in operation under any company.

With just days left until he returned to the UK, Mr Barrett was finally contacted by the Transport Agency who had identified a driver responsible.

The driver claims to have made an honest mistake with a misplaced decimal point on a $9.30 fare.

The driver was an independent driver who had leased an Eftpos terminal from local taxi firm Wellington Taxis.

The company managed to identify the driver responsible after searching through all Eftpos transactions last week.

Mr Hart went on to say, “Mr Barrett has been very lucky to get his money back in this case.”.

Tags: Tourist gets refund after being exorbitantly