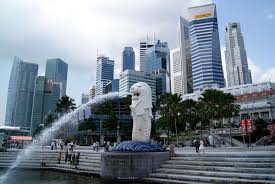 It was just like a sequel to “Crazy Rich Asians.”

After a year of the movie release in Singapore that drove a record number of visitors to the city-state, the tourists are once again back in full swing, taking arrivals to further heights in the third quarter.

Between July and September, about 5 million travelers came poured to the island, led by visitors from Greater China that raised 22%, as per statistics from Singapore Tourism Board’s website. The previous quarterly record was 4.83 million set in the same period a year earlier.

Also, the rush in the number of tourists clashed with the reopening of the city’s grand dame, Raffles Hotel. The 132-year-old famous hotel — the birth place of the “Singapore Sling” — opened after an extensive renovation.

For conferences, Singapore contends with Hong Kong. The island city-state is also benefitting from the weekly pro-democracy protests of the North Asian city that started in June. As the protest turned more and more violent, conferences like the Global Wellness Summit moved their events to the island republic.

The disturbances in Hong Kong have encouraged businesses to move events and most important meetings to Singapore as well as Thailand, according to hotel-industry billionaire William Heinecke.

For 2020, the outlook looks bright with a robust line up of events like Singapore Airshow, Food & Hotel Asia conference and Gamescom Asia, according to a report published by DBS Bank Ltd in October.