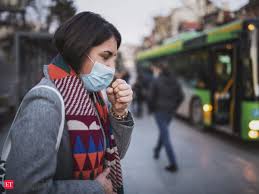 Tourist traffic in Uttar Pradesh has witnessed a severe blow following the outbreak of the corona virus pandemic. This is the season when domestic tourism peaks due to holidays in schools and moderate weather conditions; hence, the blow to tourism industry has proved to be more severe.

Agra, being one of the biggest tourist destinations in the state, has recorded more than 50 per cent fall in tourist traffic.

There was a drastic drop in ticket sales to the Taj Mahal on Sunday. As per data by the Archaeological Survey of India, the number of foreign tourists declined to a mere 1,274 on Sunday. On any normal day, more than 20,000 to 25,000 visitors are witnessed at the Taj Mahal.

Agra, which has reported the maximum number of eight Corona patients in the past two weeks, is one of the worst-affected cities in Uttar Pradesh.

In Varanasi, tourist traffic has also slowed down significantly. Devotees at the Kashi Vishwanath temple have been directed to wash their hands, wear masks and use sanitizers before entering the temple.

Rajiv Krishna, a heritage hotel manager, said, “We have seen the maximum cancellation of bookings in the past five days after the travel restrictions were imposed. This is going to be the worst tourist season ever. Even the domestic tourists – most who come from south India – are cancelling their bookings.”

Travel and tour operators have said that they will not be able to recover losses even after the corona scare gets over.