Tourists spent three and half billion dollars in Montana 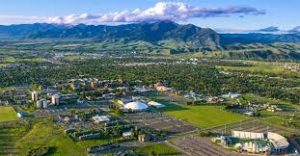 The tourists visiting Montana are spending three and half billion dollars when they visit. This is a big boost in spending and it’s benefiting businesses all across the Treasure State.

Newly-released numbers from the University of Montana’s Institute for Tourism and Recreation Research shows the number of people visiting Montana from out-of-state remained relatively the same.

But, they’re spending more during their travels. In fact, they are spending 10-percent more than in 2017. Associate Director Jeremy Sage says, people are choosing to spend their extra money on experiences, like guided rafting trips, rather than souvenirs, and those experiences tend to cost more.

The Glacier and Yellowstone National Parks are a big draw for visitors, he says. Without those iconic parks bringing recognition to Montana, our economy would not be bolstered nearly as much.

Tune in to the Kulr-8 News at 10 for a full breakdown of the numbers.