Strict travel advisory for Chinese visitors to the United States 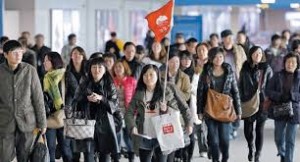 The Chinese Embassy released a statement which warned its citizens of  threats like shooting, robbery and theft while travelling to the United States.

The Embassy’s official website released a statement alerting  tourists of suspicious people around them. They were further advised to avoid going out alone at night. Risk factors like summer natural disaster and high medical costs were also highlighted.

According to the declaration the American public security was not sufficient  and  there were concerns regarding gun violence. The Chinese tourists were instructed by the Embassy to avoid crime scenes and tough neighbourhoods after the shooting of student in Arizona in the year 2016.

The U.S. took the second spot in a report for the highest rate of mass shootings.

In the year 2016 about three million Chinese tourist visited and from 2012 a lot of Chinese tourists travelling abroad than any other nation.Due to the Trump Slump seven predominantly Muslim countries –Chad, Iran, Libya, North Korea, Somalia, Syria and Yemen were banned to travel to the U.S. leading to a significant decline in visitors.

Arguments were rife that this was not just due to tightening of borders. This happened due to the decreasing value of the pound and the euro against the dollar, turning U.S. into an expensive destination to visit.

In the period between the announcement of first travel ban and the federal judge’s initial temporary blockage ForwardKeys, a firm of travel statisticians, announced a 6.5 per cent drop for inbound bookings to the US.

Also the flight searches for trips to the U.S. went down by 17 percent from different international locations.