Travel chaos in Britain due to freezing fog 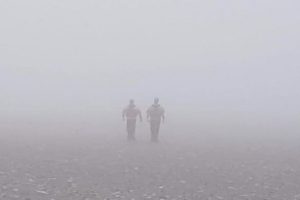 Freezing weather has set in around the UK and Britain will have its coldest autumn. So far, the coldest night of autumn had temperatures plummeting to -9.1C in Perthshire, Scotland. It is expected that the temperatures will plummet even more in the week ahead.

For England and Wales a ‘danger to life’ warning has been issues and freezing fog will descend on much of the country.

Planes could be grounded as visibility could be less than 100m in places across parts of England and east Wales.

There will be a gradual lifting of fog during the morning and patches might persist in the east.

According to a spokesperson, some parts of the country will see temperature dropping to –9C and cold, frosty start can be expected.

The weather is likely to be quite cold and will stay in single figures, there will be some freezing fog around which will be slow to clear.

The yellow warning is in place from 4am and rush hour commuters should take extra care as there will be reduced visibility.