Troubled days for travellers, Caledonian sleeper workers to go on strike on Sept 29 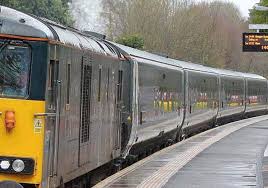 Traveller will be facing huge chaos both by air and rail on September 29, as Ryanair’s UK-employed pilots will be on the final day of seven days of industrial action.

Due to the impact of the strike by British Airways pilots two days earlier the flight would be grounded.Member working on the troubled Caledonian Sleeper service has been called out by the RMT union on September 29 and 30.

London Euston with Edinburgh, Glasgow, Aberdeen, Inverness and Fort William are connected by the sleeper service.The operation has encountered a series of problems since Serco took over the Caledonian Sleeper.

In spring 2018 the new rolling stock costing £150m was due to enter service, however, the launch the launch was initially deferred to October 2018 and then delayed by six months.

The inaugural overnight rail journey from Edinburgh and Glasgow to London using the new trains arrived in the English capital over three hours late because of Network Rail problem in April 2019.

A series of trains were cancelled in June 2019 were due to the ‘wheel flats’.
Passenger also complained about the lack of hot food on some services.

The 4-year-old carriages are still being used on the Highlander services to and from elsewhere in Scotland even though the Edinburgh and Glasgow trains known as the Lowland sleeper have the Spanish –built trains.

According to Serco by the end of September new rolling stock will run across the network though this might be affected by the strike.

It has also instructed members not to work overtime or on rest days, and not to act up to cover for higher-grade colleagues, from Wednesday 2 October.

The Middle management were openly hostile in finalizing the settlement as per the RMT.

Mick Cash, union’s general secretary stated that the RMT members were under intolerable  personal stress due to the company’s mismanagement of the sleeper service.

They knew that they had promised to do something but they failed to deliver. It was Serco’s fault to move the strike action and everyone knew that when it came to failures they were global specialists.