Turkish Airlines all set to boost up Palestine tourism 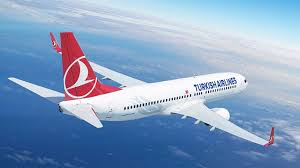 By now, Turkish Airlines is all prepared for collaboration in order to boost up tourism in Palestine, official statement confirmed on Saturday.

During the meeting, Durmaz stated that the airliner is geared up for support that would make easy in bringing more tourists into Palestine.

Maayia emphasized the strong relationship between Palestine and Turkey.

As per Palestinian Tourism Ministry data, over 130,000 Turkish citizens visited Palestine in 2018. The country hosted over 3 million tourists in 2018.