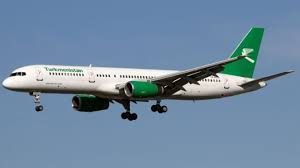 Turkmenistan Airlines said that it would be adding a single Boeing 777-200LR to its fleet. In fact, the national carrier of Turkmenistan will now have a total of four of the Boeing wide-body aircraft. However, it is commonly known that airlines rarely pay the full price as other incentives and negotiation tactics can lower the cost.

Ihssane Mounir, senior vice president of commercial sales and marketing for The Boeing Company spoke of the longstanding relationship between the two corporations and said about the aircraft purchase.

With a maximum range of 15,843 kilometers (8,555 nmi), the Boeing 777-200LR is the longest range commercial airplane in the world. Boeing claims that this long range variant “carries more passengers and revenue cargo farther than any other jetliner”. In a two-class configuration, the 777-200 carries as many as 317 passengers.

Delta Air Lines and Emirates are the largest operators of the LR variant. Each airline operates 10 of the aircraft. We recently wrote about how British Airways is planning to renew their aging fleet of 777-200s (non-LR).

Founded in 1992 as a state-owned airline, Turkmenistan Airlines has a total commercial fleet of 17 aircraft. These aircraft are based in the nation’s capital city: Ashgabat. Other aircraft types in use include the Boeing 737 and 757.

According to Boeing, the airline transports approximately 3,000 passengers per day domestically. In total, the airline also serves two million passengers annually on its international and domestic routes.