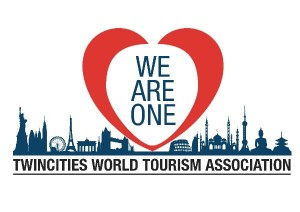 The Pacific Asia Travel Association (PATA) is pleased to announce that the founding of the Twin Cities World Tourism Association (TCWTA) will take place during PATA Travel Mart 2018 (PTM 2018) in Langkawi, Malaysia from September 12-14.

PATA CEO Dr. Mario Hardy said, “PATA assists destinations around the world in the development of a responsible and sustainable tourism industry and it is only through cooperation and mutually beneficial partnerships that destinations can achieve such goals. The Twin Cities World Tourism Association’s mission is in line with our activities and PATA Travel Mart is the perfect occasion to launch this initiative.”

Twin cities, also known as sister cities, are collaborations between two cities to foster friendship and understanding between different cultures and to form strategic international business links between them.

TCWTA also plans to publish a “Twin Cities Almanac” to be presented at ITB Berlin, which will include an editorial note of the president, reports on the tourism and travel activities of twin cities, and interviews with mayors of twin cities on topics like desiderata, plans, projects and the tourism development of twin cities.

The TCWTA President plans to visit a developing country in Africa or Asia once a year in order to research opportunities to take part in projects to further and support tourism and travel in twin cities located in regions without large financial funds.