Home » Two Australians sacrifice their life while saving a tourist

Two Australians sacrifice their life while saving a tourist 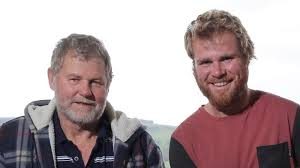 Ross, 71, and his son Andrew Powell, 32, along with one other lifesaver, were attempting to save a tourist at Sherbrook River, near the Twelve Apostles on Victoria’s south-west coast, on Sunday morning when their boat flipped. The Australians Ross and Andrew Powell were life-long members of the Port Campbell Surf Life Saving Club and were prominent figures in the local dairy farming industry.

The father and son ‘like peas in a pod’ were declared dead at the scene, while the third lifesaver was seriously injured and airlifted to The Alfred hospital. A 30-year-old male tourist got into trouble wading near the entrance to the Sherbrook River, a 10-minute drive from the Twelve Apostles, about 11am. The tourist was swept into the water and suffered hypothermia.  He was taken by road ambulance to the Warrnambool hospital in a stable condition.

An emergency helicopter managed to safe one of the rescuers and the tourist out of the water, however, the bodies of the Australians Ross and Andrew Powell were found later.

Ross was an inaugural member of the lifesaving club when it was formed in 1965 and maintained it his whole life putting his community first.

The rescue boat flipped due to the rough surf, tossing the three lifesavers into the ocean in an area Cr Trotter said was notoriously dangerous.

The surviving rescue worker has suffered injuries to his back and legs. He was airlifted to The Alfred hospital in a serious condition. He remained in a serious but stable condition on Sunday evening.