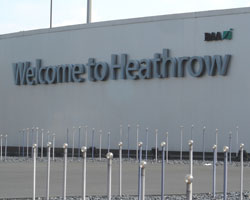 The U.K. government recently announced a £75m package to introduce a new airlift operation. The rescue flights would be launched to bring home thousands of British nationals stranded abroad due to the coronavirus pandemic. Numerous Britons left behind in other countries due to the travel restrictions and border closures established by many governments would now be brought back home with the help of these flights.

Dominic Raab, the British Foreign Secretary said in a press statement that passengers who can still access commercial flights from countries that continue to run the same should use the service to return to the U.K. He mentioned that the Foreign Office would provide rescue flights from the U.K. to countries where travel ban has been enforced.

He said according to the planned arrangements, the U.K. government would target flights from this week to a range of priority countries. He further added that there is still an unprecedented number of U.K. citizens awaiting to return home. However, no specific number was mentioned in the statement made during the daily Downing Street press conference.

He also asked travelers to refrain from waiting and requested them to book their tickets even if the change of carrier is required. He informed that the government would subsidize those flights. He said that in countries where commercial services are active, airlines are responsible for getting passengers home.

British citizens stranded abroad have expressed grievance over lack of rescue services in the past. The new package has been allotted keeping such complaints in mind. According to reports, the U.K. government had an agreement with British Airways, Virgin Atlantic, EasyJet, Jet2 and Titan to help the country introduce rescue flights.

The U.K government is providing financial support for special charter flights where commercial flights are no longer available. The average remuneration of a chartered flight would cost approximately £250,000. Similar rescue flights have already been sent from the U.K to China, Japan, Ghana, and Peru. The chartered flights would be operated to certain destinations based on the number of British citizens stranded in the region. Their vulnerability and local health provision would also be considered.

Many airlines would also help the U.K government in their rescue operation. The government has already worked in collaboration with commercial carriers and successfully brought home thousands of citizens from locations such as Morocco, Spain, and Cyprus.

The rescue operation would finally help numerous British citizens yearning to reunite with their near ones and waiting to return to their homeland in the time of crisis.