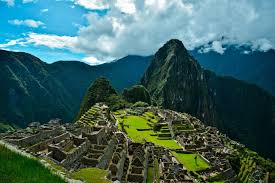 The Republic of Peru has been advised by the U.S. Department of State to exercise increased caution as the Pan American and Parapan American Games came to an end and were held in Lima, Peru.

On October 22, Level 2 warning was issues but the visitors were alerted with Level 4, ‘Do not Travel Advisrories’ in the areas of the Colombian-Peruvian border area in the Loreto Region due to crime. Within 20 kilometers of the border with Colombia in the Loreto region the U.S> government personnel are restricted from travelling, except on the Amazon River without permission. It also includes travel on the Putumayo River, which forms most of the Peru-Colombia border.

The Valley of the Apurímac, Ene, and Mantaro Rivers (VRAEM), including areas within the Departments of Ayacucho, Cusco, Huancavelica, and Junin are warned.

The crime rate has gone up in the urban areas while the U.S. government personnel are restricted from traveling in the VRAEM except for certain areas during daylight hours.

The U.S. government personnel cannot travel freely throughout Peru for security reasons and as per the  State Department  ‘the risk of crime increases after hours and outside the capital city of Lima where more organised criminal groups have been known to use roadblocks.

The Canadian government issued a similar advisory which was last updated on October 8, 2019.

A a 60-day state of emergency due to the risk of collapse of part of the Costa Verde cliff, near the city of Lima was declared by the Peruvian government.The U.K. Foreign Travel Service updated its Advisory for Peru on September 19th.

The districts of San Miguel, Magdalena del Mar, San Isidro, Miraflores, Barranco, and Chorrillos are among the affected areas.