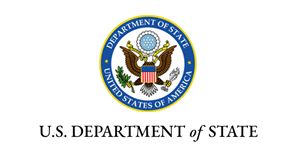 The U.S. Department of State strongly encourages travellers to avoid the Stern Hall Province of Stanford University because of the recent outbreak of norovirus in the remote parts of the east campus.

The particular strain of norovirus can cause excessive vomiting, diarrhea and possibly death and Dr. Ian Michael Smart of the Center for Disease Control gave strict warning. There might also be symptoms of the acute condition known as midterm season-itis  and Dr. I.M. Smart has advised that if you or anyone you know has these symptoms should contact the quarantine unit at Vaden Health Center at the earliest.

About 150 personnel have been deployed by the CDC and the National Guard to isolate the region.

The mandatory evacuation process for the greater Palo Alto area has started .Those who are displaced will be bused to San Francisco and will be provided complimentary housing in one of the hundreds of “repurposed living spaces” on Alcatraz Island.

Similar to the infamous Twain mono epidemic that began last year officials believe that the norovirus outbreak started with an infected Juul from Burbank.

Initially the infection was isolated to just one rooms  but after Stanford’s ‘Thirsty Thursday the norovirus came in contact with multiple unsuspecting freshmen between rounds of beer pong. Many started vomiting. It has been predicted that the norovirus outbreak will be contained by the end of the month and eradicated by the end of the year. CDC officials will continue spraying down infected rooms with straight vodka to kill the remaining viruses till then.