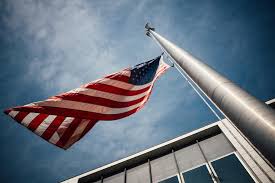 The State Department said that  U.S. is exploring the possibility of rejoining the UN tourism body to bolster jobs for Americans and promote tourist destinations in the country.

During the agency’s executive council meeting in Baku, Azerbaijan the U.S. made its intention to be back in the UN World Tourism Organization ( UNWTO) that took place on Monday.

The 110th session of the executive council of the global body was led by Emma Doyle, the White House Principle Deputy Chief of Staff.

The Department mentioned in a statement that the U.S. will begin negotiations with the UNWTO and its member states to seek terms to rejoin that are advantageous to the U.S and will maximize the benefits to the American tourism sector.

It mentioned that the President Donald Trump’s administration believes that the UNWTO offers great potential to fuel growth in the sector, create new job for Americans and highlight the unmatched range and quality of the U.S. tourist destinations.

The UN agency welcomed the presence of the U.S at the meeting in Baku as recognition of tourism’s growing relevance to the global economic growth and the 2030 Agenda for Sustainable Development along with the endorsement of the UNWTO’s leadership.

As per the UNWTO the U.S. is currently -one of the world’s biggest tourism markets, both as a destination and as a source of international tourists.

The U.S. has received more than 60 million tourists in 2018 and the tourism sector grew by 7 percent during the first quarter of 2019.