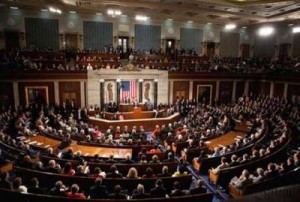 After the U.S Senate passed a bill promoting closer U.S ties with Taiwan China expressed wrath, however the step drew praise from the self-ruled island pledging to deepen cooperation.

China and the United States are already at loggerheads over trade and the move seems to intensify the tension. President Xi Jinping close economic advisor Liu He  is in Washington this week trying to avert a trade war.

According to people two people familiar with meeting several top U.S steel and aluminum executives have been invited to the White House on Thursday deciding on the major trade announcement.

Till now Donald Trump, U.S president has vowed to take steps to crack down on the imports of steel and aluminum and further wanted to impose hefty tariffs on imports of the metals from China and other countries.

Democratic Taiwan is considered to be a wayward province as per Beijing and an integral part of “one China”. It is considered ineligible for state-to-state relations and  never renounced the use of force to bring island under its control.

Hua Chunying, Chinese Foreign Ministry spokeswoman  stated though the bill was not legally binding but seriously violates the “one China” principle. He mentioned that China is strongly dissatisfied with this and resolutely opposes it, and has already lodged stern representations with the U.S. side.

Hua mentioned that “one China” principle is the foundation for China-U.S. ties.

The United States has been urged by China to stop official exchanges with Taiwan  and prudently handle issues related to Taiwan in order to avoid interference an damaging China –U.S relations.

By unanimous consent Senate passed the Taiwan Travel Act, it passed the House of Representatives in January, also without opposition and the legislation only needs Trump’s signature to become law.

According to the bill, it should be the U.S. policy allowing officials at all levels to travel to Taiwan to meet their Taiwanese counterparts and permit-high level Taiwanese officials to enter the United States under respectful condition meet with U.S official and encourage Taiwanese economic and cultural representatives to conduct business in the United States.

There was no immediate response from the White House Officials.

For unanimous support for the bill and for the U.S government friendly and open attitude towards Taiwan and Taiwan’s Foreign Ministry thanked United States.

To promote both sides’ joint value and mutually-beneficial interests the Foreign Ministry will keep developing more substantive cooperative relationship with the United States.