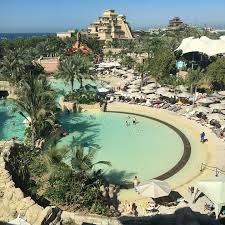 It has already introduced road tolls and a tourism tax and it will apply for services such as vehicle registration. According to the economists, the VAT will increase the cost of living for residents by about 2.5%. Organisations such as the International Monetary Fund have long called for the UAE to diversify its sources of income away from oil reserves, which accounts for roughly 80% of the country’s revenues.

The 5% VAT will be applicable on the majority of goods and services. Tax-free living is what has attracted foreign workers to this Gulf state however now the government wants to increase the revenue in the face of lower oil prices.

According to the experts, VAT income will be around 12 billion dirhams (£2.4bn; $3.3bn) in the first year. It will start from 1st of January.

VAT will now apply to petrol, diesel, food, clothes, utility bills and hotel rooms. However medical treatment, school fees and public transport have been made exempted from the tax.

But there are no plans to introduce income tax to the country, where most residents pay 0% tax on their earnings. The other members of the Gulf Co-operation Council – Bahrain, Kuwait, Oman, Qatar and Saudi Arabia – have also committed to introduce VAT, though some have delayed plans until at least 2019.