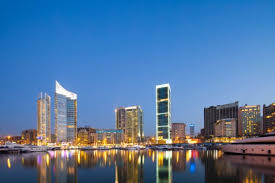 The travel warning on Lebanon by the United Arab Emirates (UAE) might be lifted soon, Bernama News reported.

“A team from the Department of Civil Aviation of the UAE is meeting with the Lebanese Civil Aviation team, to study some technical matters,” said Hamad Bin Saeed Al Shamsi, UAE ambassador to Lebanon.

Saudi Arabia has already lifted its travel warning on Lebanon more than two months ago.

The UAE, along with other Gulf countries, issued a travel warning against Lebanon in Feb, 2016, citing the instability of the country, affected by the Syrian war.

The travel warning came after Lebanon voted against an Arab League’s call, to designate Hezbollah, a militant group in Lebanon, as a terrorist organisation and the suspension of Syria’s membership in the Arab bloc.

The warning was renewed in Nov, 2017, amid a Lebanese-Saudi crisis sparked by a controversial resignation announcement by Lebanese Prime Minister, Saad Hariri, during his visit to Riyadh, Saudi Arabia. Hariri rescinded his resignation soon afterwards.