The UAE looks at new frontiers like space tourism and mining 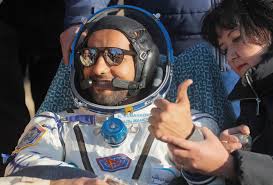 This year, the United Arab Emirates had sent its first astronaut into space and the country is all geared up to make a probe to Mars as well. The UAE is looking at other new frontiers like space tourism and mining.

The chief of the Emirates Space Agency however puts forth the need of regulation, at first.
Within a couple of months the UAE will pass its first space law, he explained, designed to draw major investment and regulate the activities and services of companies operating in the country.

“It was approved by the government and now is in its final stage of issuing,” the space agency’s director general Mohammed al-Ahbabi told AFP.

The colossal skyscrapers and mega-projects have put UAE on the world map, is hopeful that otherworldly new industries could be the main driving force to its economic future.
By now, the country has the most varied economy in the oil-reliant Gulf. However, the once-booming property, tourism and trade have made it a regional powerhouse has declined in recent times.

Consequently it is looking beyond Earth itself, with characteristically grand ambitions for a country whose cities rise out of the desert.

Industries of the future
The new law, drafted by the agency, would deal with future space tourism or mining projects.

“We think it’s going to come to (fruition) within the next 10 years,” Ahbabi said of the sector.

“There is no project today because the technology is not yet there, but we’re looking ahead of time and putting together those regulations.”