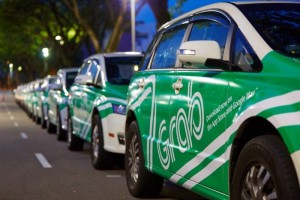 The ride sharing tech application Uber is selling its South Asia’s operations to its rival Grab, Singapore-based technology organization which is offering the ride-hailing and logistics services through its app in Singapore and neighbouring Southeast Asian nations such as Malaysia, Indonesia, Philippines, Vietnam, Thailand, Myanmar, and Cambodia.

This new move marks an additional retreat from international operations for Uber, after it sold its China business to local rival Didi Chuxing, which is also a major Chinese ride sharing app.

These two organisations describe the deal as a win for their passengers, but the analysts warn it could mean higher prices.

Grab, another rival ride sharing app is South East Asia’s most popular ride-sharing firm with millions of users across eight countries. Under the terms of the deal, Uber will take a 27.5% stake in Singapore-based Grab. Uber’s chief executive, Dara Khosrowshahi, will also join Grab’s board. The value of the deal has not been made public.

Grab’s chief executive Anthony Tan said that this deal marks the beginning of a new era in which the merged business would be better placed to serve customers.

Uber’s Mr Khosrowshahi said the deal would help us double down on their plans for growth as they invest heavily in the products and technology. The deal marks Uber’s third retreat after it withdrew from China in 2016 and sold its Russia business to local firm Yandex last year.