U.K. to do away with landing cards from Monday 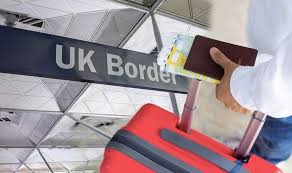 Border Force director general Paul Lincoln, in a letter said it would “help meet the challenge of growing passenger numbers”.

Around 16 million landing cards are issued every year and they are used to record what is said to border staff on arrival, as well as the reasons for travel and conditions of entry.
The Home Office had agreed to scrap them for seven countries, including the US and Australia, from June, but has now decided to go further.

A document from officials to Border Force staff says much of the data collected by paper landing cards will soon be available digitally.

It adds that the withdrawal of the cards will enable staff to “focus more on your interaction with passengers”.

But Immigration Service Union general secretary, Lucy Moreton, accused the Home Office of “ignoring” warnings from experienced staff as to the longer-term impact of getting rid of landing cards.

She said that the union had been assured that scrapping them would not happen until new technology was in place to record international arrivals.

“Although in most cases landing cards are retained for purely statistical reasons they do contain the only record of what was said to an officer on arrival,” she said.

In his letter, Mr Lincoln said he recognised concerns about the scheme.

But he added: “These changes will enable frontline officers to focus their skills and time on border security issues and on cohorts who present the greatest risk of immigration abuse.”