The UK lifts advisory against commercial flights to Sharm El-Sheikh 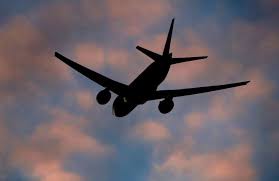 The U.K. lifted its advisory against commercial airlines flying to the popular Egyptian beach resort of Sharm El-Sheikh. This is definitely a boost for the North African nation’s important tourism industry.

The step was taken after security improvements at the airport and close co-operation between the U.K. and Egypt, said the British government in a statement. It has vowed to work with airlines that are keen in resuming flights.