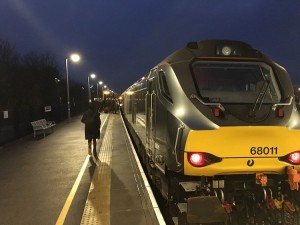 Due to the coronavirus crisis the rail franchising system has been suspended as it was announced by the Department of Transport (DfT) that the franchise agreements to run trains across the UK will remain suspended for six months.

From today the rail services will be cut by around half from today and the ticket sales will go down by at least two-thirds. So far it has been reported by the train operators that the passenger numbers just 15 per cent of normal level.

DfT said that the move is intended to enable “greater flexibility and transferring revenue and cost risk to the government.

The department said that all advance tickets are eligible for full refunds while earlier some train operators had mentioned of only flexible fares qualified for refunds.A refund for time unused can be claimed by season ticket holders.

The DfT announced that the government is taking emergency measures to support and sustain necessary rail services as operators face significant drops in their income.

For a limited period, initially six months the Department for Transport will temporarily suspend normal franchise agreements and transfer all revenue and cost risk to the government.

There will be significantly more disruption to passengers and higher costs to the taxpayers allowing operators to enter insolvency.