Home » UK-Spain flights to get affected by no-deal Brexit

UK-Spain flights to get affected by no-deal Brexit 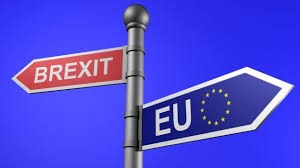 The air travel industry’s global body has warned of the number of flights between the UK and Spain might collapse by 95% if no Brexit deal is agreed.

As per the report prepared by the International Air Transport Association (IATA),which represents 290 airlines around the world,  that travel for tourists, business and cargo will be massively affected.

Due to the size of both the markets and large volume of tourist traffic the route between Spain and the UK is at risk in the two countries. In a week there are at present 5,052 UK-Spain flights a week.

To ensure basic level of service the EU and UK’s Civil Aviation Authority have plans for a ‘bare bones’.

The British government has repeatedly mentioned that a no-deal Brexit will lead to significant uncertainty and possible breakdown in talks.

There is a complex patchwork of different regulatory regimes in airline travel like safety, security and immigration controls.

David Davis , the former Brexit secretary committed the UK to leave the European Common Aviation Area and other EU-negotiated agreements.

IATA added that  major British carriers might have to discontinue transatlantic flights if there is no deal.

International Airlines Group, the owner of British Airways, as well as Virgin Atlantic and Norwegian UK might remain  ineligible to carry out transatlantic flights.

As the ownership of those firms is currently spread across the EU it intends that they might fall out of the scope of any separate UK US agreement.