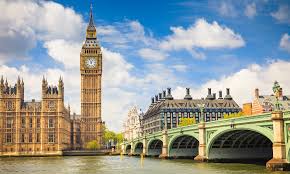 People across the United Kingdom will undergo tough weather condition as the new storm is embracing throughout the country. The damage to power supplies and travel disruption when a fresh storm sweeps in at the weekend, as householders and businesses are still recovering from the damage of Storm Ciara. The strong winds and heavy rain on Saturday and Sunday from Storm Dennis are set to bring large coastal waves and possible flooding in other areas.

There are about 730 properties are believed to have been flooded since last week, the Environment Agency (EA) said, 260 of which were in Yorkshire, the most in any region.Many rivers in Yorkshire burst their banks on Sunday as Storm Ciara dumped a huge amount of water on upland catchments.

On Monday the government of United Kingdom activated an emergency financial aid package for areas worst hit.On Tuesday dog walker was killed by a falling tree in Liverpool as a clear-up was under way following a fresh bout of serious flooding.

Caroline Douglass, flood duty manager at the agency, said that the river and surface water flooding is possible on Saturday into Sunday due to Storm Dennis, and we are advising people to check their flood risk and to stay safe on the coast or when walking or driving near swollen rivers. She also warned people against taking “dangerous” so-called storm selfies, after people were spotted on a cliff trying to take photos of themselves.

A national severe weather warning for wind has already been issued for much of England and Wales, and further warnings are likely to be issued in the coming days.  While the 97mph top recorded wind speed brought to the Isle of Wight by Ciara is unlikely to be repeated, gusts of 50mph are expected, with more than 60mph possible over hills, coastal areas and exposed locations, forecasters said.

Steve Ramsdale, Met Office chief meteorologist, said that there is another spell of very wet and windy weather is expected for Saturday.