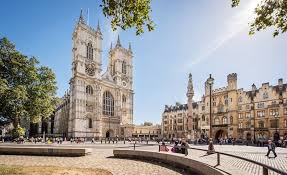 The UK was one of the low-performing destinations the United Nations World Tourism Organization selected to single out the magnificent year for international tourism.

In 2018, global international arrivals reached 1.4 billion, two years before the forecasts – even though the UNWTO’s definition of tourism is extremely broad, and comprises those people visiting friends and relatives along with educational travel.

In the organization’s report, the Middle East and Africa were the star performers, up 10 percent and 7 percent respectively. Asia-Pacific and Europe both increased 6 percent.
There were always some fallers. Central America and the Caribbean witnessed numbers dropping 2 percent, and Northern Europe was flat as a result of weakness of arrivals to the United Kingdom.

Previous to this month, we said that the Brexit-aided tourism of the UK bounce was possible to flatten, and updated visitor numbers for the third quarter of 2018 bear this out.
The fall in visitors in the UK most likely owes more to the stellar 2017 than anything else.

That year was an outlier in regards to arrivals as well as spending, due to weaker pound following the 2016 referendum.

As Richard Nicholls, VisitBritain’s head of research and forecasting mentioned earlier this month, the message that the UK is/was much better value has currently taken a back seat from the minds of the travelers, even though the pound is still comparatively feeble against currencies like the dollar.

VisitBritain has published data for the first nine months of last year but comparing those numbers in the last five years shows positive trend. Arrivals increased considerably until 2017 when they spiked, before dropping back somewhat in last year. The initial nine months for last year are still the second highest ever recorded.