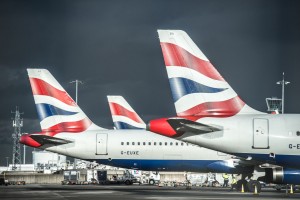 According to the recent survey, it is said that there are around 8,000 customers has highlighted failings in the foreign exchange market that were flagged up by the government’s own research unit.

There are fewer than half of those surveyed were able to pick the best of four foreign exchange deals using the information typically provided by suppliers such as banks, post offices and bureaux de change.

That finding comes from analysis by the Behavioural Insights Team – better known as the government’s “nudge unit”.

Most currency- exchange suppliers provide a fee or commission charge as well as an exchange rate. Most of the money they make does not come from commissions or fees but by offering a poor exchange rate.

Elisabeth Costa from the government’s Behavioural Insights Team said that the small businesses and consumers in the UK are charged billions each year in hidden foreign exchange transaction fees. They found that adding clearer information, particularly total costs in pounds, greatly increased consumers’ ability to identify the best value deal.

The Behavioural Insights trial found that more information led to better decision making. When all fees were broken down and expressed in a total amount paid in pounds, the number of people who identified the best deal rose from less than half to two thirds.