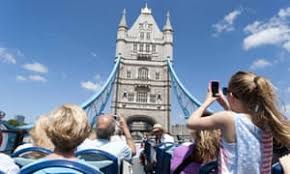 Tourist arrivals in UK were up in January, with an increase of 81,970 compared to 75,867 in January last year.

The survey of the travellers conducted by the statistical service published on Monday showed that arrivals of tourists last month reached 81,970 compared to 75,867 in January 2018, an increase of 8 per cent. The numbers are the highest ever recorded for January.

For 53.5 per cent of tourists, the purpose of their trip in January this year was holidays, for 25.2 per cent a visit to friends and relatives and for 21.2 per cent business.