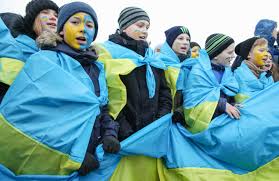 In Europe, Ukraine positions as the most affordable country. Also, it has been voted as one of the top-10 cheapest countries related to living costs in a recent study named – “The Cost of Living Around the World 2018” published by British moving company MoveHub on March 15.

The company examined the prices as well as cost of living in various countries all over the world, by utilizing the data provided by Numbeo 2018 Cost of Living Index, the world’s largest online database and developed an online map of the most inexpensive countries in the world for people to live in.

The Numbeo database gathers information on the basis of online users across the globe in terms of prices and different costs consumers experience like meals at restaurants, prices for gym membership, and many more.

However, the firm didn’t include African countries and few South American and Asian countries as they didn’t find enough users to provide information on the same. Ukraine is Europe’s most affordable country and is followed by Kosovo and Moldova, MoveHub’s study reads.

Also, Ukraine ranks as the world’s third cheapest country, with only Egypt and Pakistan being more affordable.

Bermuda, Switzerland, Iceland, Norway and the Bahamas have been identified as the most expensive countries. While the United States, the United Kingdom and Canada are “orange,” which means they are low-priced than the leaders of the ranking.