Ukraine seeks to bring in more airlines to foster tourism 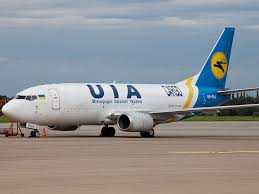 Ukraine should have its first low-cost airlines flying domestic routes by the end of the year and is also putting a handful of contracts to run airports up for sale, the country’s infrastructure minister said on Wednesday.

Ireland’s Ryanair has  launched its first routes to Ukraine this year and Volodymyr Omelyan, the minister who helped revive the deal after vested interests had threatened to torpedo it, is now working on the domestic market.

Since 2016 passenger numbers in Ukraine have been growing around 30 percent a year and Kiev wants to quadruple the number of airports in the country over the next 12 years as part of a $60 billion infrastructure drive.

As well as bringing in new airlines, Kiev is also ready to offer out contracts to run a handful of its existing regional airports.

Turning to the country’s state-run rail system, Omelyan said there were plans to open up parts of it, such as cargo freight and longer distance passenger trains, to private operators too. A pilot scheme for freight is scheduled for next year.

Ukraine railways still has a number of serious governance and transparency issues but it now has a positive cash flow and has made a major pledge to invest in its rolling stock.

As a result, it is now edging towards the sale of a Eurobond, although Omelyan did not say how much it would be.