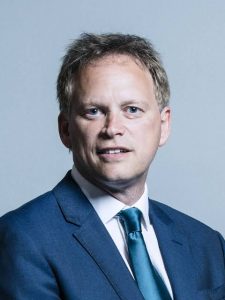 Transport Secretary Grant Shapps stated that Northern will be stripped of its franchise due to ‘unacceptable’ performance. He was not prepared for the services on the Northern to carry on as it is so he took the action.

He went on saying that it was completely unacceptable for trains to be routinely late and he could not put up with that.

During last autumn Shapps stated that he would start the process to find a new operator for the Northern franchise.

Arriva Rail North operates the Northern network which is owned by the German railway, Deutsche Bahn . From Nottingham to Northumberland and from Stoke-on- Trent to Carlisle.

After a new timetable was introduced without planned infrastructure improvements being made with insufficient drivers  trains passenger dissatisfaction was at its peak in the summer of 2018.

The train operator made hundreds of cancellation which was because of unprecedented levels of staff sickness over Christmas 2019.

At least a dozen trains was cancelled by the Northern which includes link from Carlisle to Morpeth and Blackpool North to York which was on Thursday when the fares came into effect.

At the King’s Cross station in London at a protest against the fare rises, the general secretary of the RMT union and Mick Cash,called for all franchises to be nationalized.

It is expected by the end of the decade they will get public ownership, use the money they save by not paying the shareholders in dividends and profits, infact all the money should be back into the rail network.