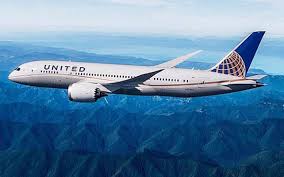 United Airlines today hosted an event in partnership with Denver International Airport (DEN) celebrating the recent decision from Denver City Council to approve the lease of an additional 24 gates by the airline at DEN, paving the way for local travelers to access more flights to more places than ever before. United Airlines CEO Oscar Munoz joined Denver Mayor Michael B. Hancock to sign United’s proposal to amend its current lease, solidifying United’s plans to grow its Denver hub from 500 to as many as 700 daily flights by 2025. The additional gates are a combination of newly constructed and existing gates, and part of DEN’s $1.5 billion Concourse Expansion Program.

“United Airlines is a vital partner for Denver International Airport, and we’re proud they are continuing to invest and grow right here in Denver,” said Mayor Michael B. Hancock. “As United increases daily flights and continues to add new routes, they are creating economic opportunities that benefit our entire community.”

On Jan. 21, the Denver City Council unanimously approved an amendment for United’s lease of additional gates.

“Just over twenty years ago I moved to Denver with what was then my young, growing family. Ever since, wherever I’ve lived, I continue to feel great pride at how the Mile High City seems to reach even greater heights, as well as the role United’s service plays in driving the region’s success,” said Oscar Munoz, CEO of United Airlines. “These additional gates will take the starring role Denver plays in our growth strategy to a new level. It will mean more seats, more connections and more destinations as Denver continues to extend the global reach of its businesses and communities. This growth complements the investments we make in key infrastructure, such as the Western Hemisphere’s largest flight training center at DEN, and in local communities; because Denver is not just a hub, it feels like home for so many of us in the United family.”

In the past five years, United has added more than 100 flights and almost 40 new markets departing from Denver as the company continues to connect Denver to the world conveniently, comfortably and reliably. United has consistently outperformed its peers at DEN – achieving better on-time performance than its top competitor for each of the last 59 months and, despite operating twice as many flights, United had fewer cancellations the last two years than Denver’s second-largest airline.

United’s international offerings are also growing and the airline’s Denver to London route, introduced in 2018, quickly shifted from seasonal to a daily, year-round flight. And due to the success of flights between Denver and London, Frankfurt and Tokyo, United will begin using a larger aircraft, the Boeing 787-9, on these routes starting in June, adding nearly 100 daily seats each way to these popular destinations. United’s growing domestic and international flight offerings have also created thousands of additional connection opportunities for customers traveling through Denver.

United is proud to employ more than 7,000 professionals in Denver who are committed to delivering an exceptional travel experience to every customer, on every flight, every day. With their continued contributions and the airline’s future growth, United will create more than a thousand new, high-quality job opportunities in the coming years.

The additional gates, located in Concourse A and B, will offer more mainline and regional capabilities. In addition to the gates, United will expand existing United Clubs and add a new Club on Concourse A.

United is Denver’s largest airline offering more flights and more seats from the Mile High City to more destinations around the world than any other carrier. United operates approximately 500 daily flights to over 170 airports worldwide from Denver. United has a storied history in Denver, serving the community for more than 80 years, and benefits from a great partnership with local leaders who understand the importance of a thriving aviation sector. The company’s commitment to Denver extends beyond the airport and is home to United’s Flight Training Center, a state-of-the-art facility where the company’s more than 12,000 pilots train every year. The company has a commitment to giving back to the community where many of its customers and employees live and work. United supports local organizations like Girls Inc., Mile High Youth Corps, Wings Over the Rockies and the Denver Public Schools Foundation and, in 2018, announced a $1 million grant to local Denver nonprofit Warren Village.