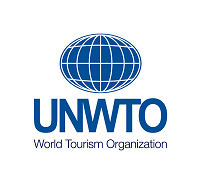 During the first four months of 2018 international tourist arrivals was up by six percent as compared to the same period last year.

This has exceeded UNWTO’s forecast for 2018 and continued the strong 2017 trend. The growth was due to the Asia and the Pacific region contributing more than eight percent and Europe was up by seven percent.

According to the earlier UNWTO’s forecast an increase between four and five percent was expected.

Due to international tourism there is a significant growth across the world and this has resulted into job creations across many economies.

UNWTO secretary general, Zurab Pololikashvili said that growth reminds of the need to increase their capacity to develop and manage tourism in a sustainable way by building smart destinations and making the most of technology.

An increase in international arrivals in region of Asia, Pacific, south-east Asia and south Asia were major countries for the rise from January to April 2018.

Europe was also a strong performer in the same period, pulled ahead by the destinations of southern and Mediterranean Europe and western Europe.

Africa and Middle east resulted in six to four percent growth with the rebound of the Middle East destinations and the consolidation of the growth in Africa.UNWTO Panel of Tourism Experts survey predicts an optimistic May-August period.