US fall behind global competitors in tourist spending 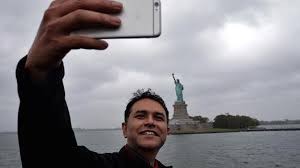 Tourist spending represents just 1.1 percent of the US economy and has the possibility to fall further behind the global average of 1.2 percent and versus 2.1 percent for Europe.

A recent study found that on average, European and major developed economies have a higher level of tourist spending in their countries as a percentage of GDP compared to the emerging markets.

The US ranked 25th in the study. The main driver behind the slower rate of growth in tourist spending is that many European economies are often unable to upgrade tourist infrastructure as quickly as many emerging markets.

China is investing in infrastructure considerably, which is needed to accommodate large numbers of international visitors. Beijing Daxing Airport will be the largest airport in the world when it opens in 2019.

While tourism represents a relatively small part of the overall US economy, in many states, it is a significant component of the economy. In New York, which is the most visited state in the US, one out of every twelve jobs is tourism-related.