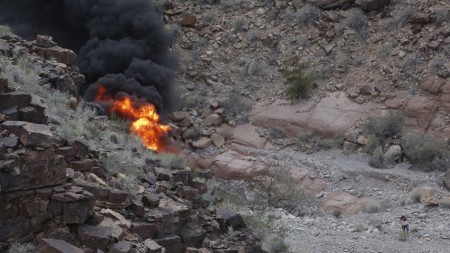 Three British travellers have been killed in a US helicopter crash after the chopper had gone down inside the Grand Canyon as confirmed by the foreign ministry of Britain on late Sunday.

Additionally, three British people and also the pilot were injured when the accident took place around 5.20 p.m. on Saturday.

A spokeswoman for the foreign ministry told the news media that they were offering assistance to the families of six British visitors who were involved in a helicopter accident at the Grand Canyon on 10th February.

Also, they have been in close contact with the US emergency services.

Local media reported that the Eurocopter EC130 helicopter who was operator is yet to be known was travelling on a trip. The police chief of Hualapai Nation, Francis Bradley mentioned that the chopper went down in Grand Canyon West that is based in the northwestern portion of Arizona.

Bradley told the news media on Saturday that there was no information immediately available on the circumstances surrounding the tragedy.

Allen Kenitzer of the Federal Aviation Authority’s Office of Communications told the news media that the aircraft had sustained ‘substantial damage’. The FAA and National Transportation Safety Board would investigate the crash, he added.