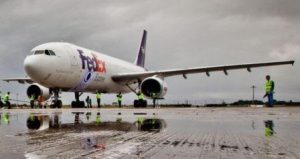 US investor Star Capital is buying Irish airline ASL Aviation Holdings in a deal said to be worth more than €200 million. Swords, Co Dublin-based ASL has airlines in Europe, Asia and Africa that fly passengers and cargo, which the group handles for international businesses such as FedEx and DHL.

ASL said that Star Capital had agreed to buy the 51 percent of the Irish company owned by Belgian shipping group Compagnie Maritime Belge and the 49 per cent held by 3P Air Freighters, which is controlled by Brussels-based lender Bank Degroof Petercam.

None of the parties revealed the purchase price, but it is believed to be at least €200 million, or a multiple of the €100 million that the business is estimated to be worth on paper. Hugh Flynn, ASL’s chief executive, said the deal would provide a foundation for future growth. He also added that the airline group would work with Star to continue expanding the services it offered customers and on moving into new regions.

US-based Star Capital generally invests in businesses worth between €50 million and €1 billion that hold strong positions in their particular markets. Last year, the private-equity player bought a majority stake in General Secure Logistics Services, which manages and transports cash for Irish banks, in a deal valued at about €30 million, from another investment group, Carlyle Cardinal Ireland.

Other companies that Star owns include Eversholt Rail Group, a British train leasing business that owns about 29 per cent of the rolling stock in the UK and rents it to seven train operators. Also in transport, it owns Swedish shipping company, MPC Container Ships. Paul Gough, managing partner of Star Capital, described ASL as a “perfect fit” for the investor. Mr Gough added that Star would work with ASL to develop its business and find new opportunities.

The group has four European airlines: ASL Airlines Belgium, based in Liege; ASL Airlines France, based in Paris-Charles De Gaulle Airport; ASL Airlines Hungary. based in Budapest; and ASL Airlines Switzerland. In South Africa, its associate Safair flies Hercules craft on humanitarian missions, while Flysafair is a low-cost carrier based in Johannesburg. ASL also has joint venture cargo airlines in Thailand and India, maintenance facilities in Switzerland and Belgium, and an aircraft-leasing business.

Overall, ASL has 130 aircraft. According to its last published accounts, ASL earned revenues of €960 million in 2017 while its operations generated profits of €24.2 million.