US missing out on global tourism boom 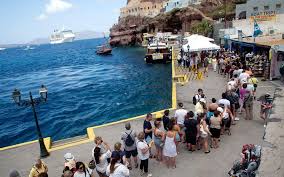 The United States is missing out on a global tourism boom, being affected by a so-called Trump slump and currency exchange rates.

While the US President Donald Trump maintains that the travel ban blocking visitors from nations including Iran, Libya and Syria is important to protect the United States from the menace of terrorism, the bans have given rise to concerns over America’s image as a welcoming country. Data shows a decline in tourist numbers last year.

Last year, international arrivals to the United States were down 4 per cent in the first three quarters, Trump’s first year in office, according to the most recent data available from the United States.

“Politics is not helping us,” said Tilo Krause-Duenow, owner of German tour operator CANUSA, which specialises in trips to North America. “The potential for the US could be much bigger. Prices have come down due to the currency weakening and we should have seen a much bigger increase in demand,” he added at the ITB travel fair in Berlin.

Bookings from Germany to the United States are down 20 per cent for this year summer season, although this could be due to factors like last year’s hurricanes and foreign exchange rates as well as the Trump effect.

Flight bookings to the United States fell 2 per cent in 2017 and were flat in the first two months of this year too. A weaker British pound makes it more expensive for Britons to travel abroad, including Trump’s travel ban.

America’s hopes of improving its reputation as a foreigner-friendly destination might receive another jolt with Trump’s imposition of steel and aluminium tariffs raising concerns of an international trade war. Some travel operators, however, say that such concerns are overblown.