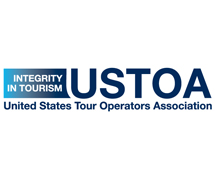 Today, President Donald Trump announced that he will begin enforcing strict exemptions that allow travel between the United States and Cuba. The United States Tour Operators Association (USTOA) is concerned by these decisions and the impact they may have for both U.S.-Cuban relations, but also for the ability of the travel and tourism industry to grow and prosper outside of the United States.

Terry Dale, president and CEO of USTOA, said, “Easing the restrictions on travel to Cuba has enabled USTOA members and customers to see the true Cuba, without regulatory burdens that prior administrations have required. Those changes, along with scheduled air services, have produced enormous economic benefits for both the United States and Cuba.”
“By rolling back and tightening restrictions on U.S.-Cuba relations, the president is closing the door on positive opportunities that enable the travel and tourism industry to grow and compete with others around the globe,” he continued.
Dale added that none of the announced regulations will take effect immediately, as federal government agencies are expected to officially issue the necessary regulatory updates in the coming months.
USTOA held its sixth annual Congressional Caucus on Wednesday, June 14, just days before the Trump administration’s announcement of the revised Cuba policy.  More than 40 Active and Associate Members gathered in Washington, D.C. for a day of meetings with government officials and members of Congress.
“USTOA’s sixth annual Congressional Caucus was both timely and productive as our members met with our national leaders in Washington, D.C.,” said Paula Twidale, chairman of USTOA and executive vice president of Collette.  “Our goal was to educate, as constituents, how vital the health of the travel and tourism industry is to the US economy. Our presence on the Hill lends a voice to concerns about policies that have ‘unintended consequences’ and could jeopardize the $2.1 trillion USD industry that supports more than 15 million jobs,” she continued.

“This year, in particular, many of those issues needed to be strongly reinforced with members of Congress, particularly USTOA’s core philosophy of open borders as it pertains to Cuba and now the proposed travel ban.  We strive to remain a hospitable nation that encourages travel and keeps safety as our #1 priority without jeopardizing the livelihood of Americans,” said Twidale.

Among the issues USTOA addressed in meetings on Capitol Hill with nearly 20 members of Congress and their staff were continued support of Brand USA, increased funding to preserve our greatest natural resources in the National Park Service, and the Visa Waiver Program.
Before heading to the Capitol building, attendees heard from a variety of officials including Congressman Gus Bilirakis (R-FL), Congresswoman Dina Titus (D-NV), and Thomas Engle, deputy assistant secretary for Transportation Affairs, Bureau of Economic and Business Affairs, US State Department.  Representatives from Engage Cuba and Airlines for America were also included.