Uzbekistan invites social media influencers to perk up its tourism 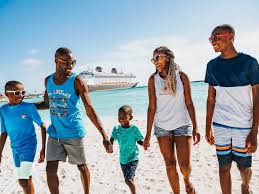 It is a scene that reminds of a popular Hollywood movie with a fairy-tale ending.

At sunrise, popular Internet travel bloggers Raquel da Silva and Miguel Mimoso stood together at the top of the 45-meter-tall Kalyan Minaret in Bukhara, looking into each other’s eyes before a kiss.

Behind them, stood the well-preserved medieval Central Asian city, including the turquoise onion domes of the Kalyan Mosque, stretching into the distance.

For those who are aware of Uzbekistan, it is not the first image that rightly comes to mind while mentioning the former Soviet state.

“We’re going to be honest,” the Instagram post accompanying the image and celebrating the couple’s 500,000th follower, begins. “We didn’t know much about this country. Actually, almost anything.”

Majority of their millennials are probably in the same boat.

Which is exactly why Uzbekistan — once one of the remotest countries invited the Portuguese couple — along with almost 100 other overseas social-media influencers – to amaze their followers with creative photos and videos featuring its ancient cities?

“One of the problems for our tourism industry is the absence of quality content about Uzbekistan,” Behruz Hamzaev, the 30-year old strategy adviser to the country’s tourism chairman and the person who came up with the idea, told RFE/RL. “There is not much out there. So, we wanted to fill the Internet.”

The authorities “want to show themselves as hip, cool, and open to the world,” and though they have made certain amount of development “they are still interested in controlling the online world,” says Steve Swerdlow, Central Asia researcher for Human Rights Watch.