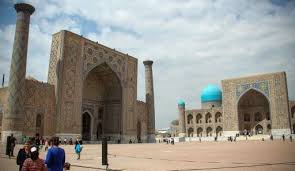 Uzbekistan will partly reimburse the expenses of tour operators and charter flight organizers using fund from the state budget if they bring in foreign tourists. The decree, which aims to boost the country’s tourism sector, stipulates that from January 1, 2020, the country will establish a procedure to refund tourism entities and air carriers for their spending on organizing charter flights from foreign countries to Uzbekistan.

For each foreign tourist served, the amount of compensation to tour operators and charter flights organizers will vary depending on the season, with 20 U.S. dollars during the warm season (usually from March to early November), and 50 dollars in the colder period (November 20 to February), the decree said.

The announcement also granted citizens of 20 more countries a visa-free travel to Uzbekistan starting January 2020, bringing the total number of its visa-free tourists source countries to 85.

The government of Uzbekistan has been earnestly boosting tourism through a set of measures. The government’s aim is to attract more than 9 million foreign tourists by 2025 and increase the share of the tourism industry in the gross domestic product from 2.3 percent in 2017 to 5 percent in 2025.