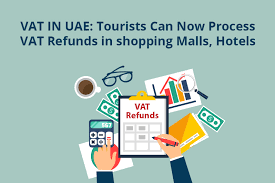 CEO of Cape Town Tourism, Mr. Enver Duminy has recently cautioned that possible increase in VAT could create trouble for tourism. On Wednesday afternoon, Finance Minister, Tito Mboweni was hoped to deliver his 2020 Budget speech.  Duminy explained that there had been much discussion by economists that there could be a VAT increase.

“The South African fiscus is in desperate need of cash and such a decision would no doubt answer such a need, in the short term. While our tourism industry, particularly when compared to the rest of the economy, is a bright spot, it should be noted that such a move could spell trouble for the industry.”

He mentioned through a statement that an increase in VAT is a major concern as it would raise the costs of businesses.

“Tourism businesses will have to rethink their marketing and pricing strategies to compensate, as well as seek out other ways of increasing efficiency to compensate for a VAT increase, or else put some mechanism in place to recover the VAT input tax credit. Our visitors will end up bearing the brunt of these increases.”

“There are also other impacts to be considered when it comes to a possible VAT increase. Restaurants, venues, transport, and food industries, which all form part of the wider tourism economy, would all be affected, possibly decreasing the desirability of South Africa as a destination to travellers,” he said.

Duminy highlighted the current issues. He stated that the current crisis in electricity continued to be a major issue of anxiety for tourists and needed to be alleviated by clear government intervention. Also, he thinks that safety and security was another key element where the government needed to be stricter.

“Looking towards this Budget Speech, we will be hoping that Minister Mboweni can answer these concerns which will allow for the tourism industry to continue to be a sector of our economy where we continue to see growth and job creation.”

“Budget 2020 is not just about the numbers, but also about the importance of government to communicate clearly around a strategy which will eventually lead us a well-functioning economy,” added Duminy.