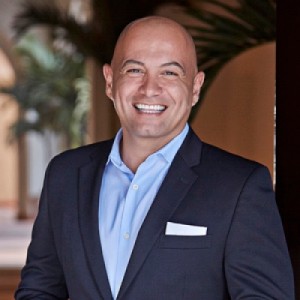 In preparation for the debut of the second Four Seasons property in Boston, Reed Kandalaft has been appointed General Manager of Four Seasons Hotel and Private Residences One Dalton Street, Boston. The landmark tower will have 211 hotel rooms and 160 luxury condominiums and is developed by Carpenter & Company Inc., a leading Boston real estate firm.

With a decade-long career with Four Seasons, Kandalaft has a wealth of experience at properties around the globe, most recently as General Manager of Four Seasons Hotel at The Surf Club in Miami, overseeing that iconic hotel since its opening in 2017. In his new role, Kandalaft is already hard at work assembling his team and setting the stage for the highly anticipated opening of the new hotel and Private Residences.

“Reed’s range of experience across our portfolio has set him up for great success in his new role as the opening General Manager of this beautiful hotel,” says Vince Parrotta, President, Hotel Operations – Americas, Four Seasons Hotels and Resorts. “Reed exemplifies the culture and spirit of Four Seasons, and I am confident that under his leadership this new property will live up to the standards our guests expect of us in Boston and around the world.”

Speaking to his new appointment, Kandalaft said, “I am incredibly excited to continue my journey with Four Seasons with the opening of our second hotel in Boston, a responsibility I do not take lightly. With this new property, I look forward to welcoming guests, residents and locals to a new Four Seasons experience in Boston in the prestigious Back Bay neighbourhood. The project is the tallest building in Boston in 50 years, has a world-class design, and is in the midst of cultural, shopping and sports attractions. It will offer the very best experiences and service offerings commensurate with the finest Four Seasons anywhere.”

“This project is already a major landmark in the city, and we are so pleased to have Reed at the helm of the Hotel to uphold the standards of excellence that are expected of Four Seasons. We have worked with the world’s best professionals in the development and design of the property, and under Reed’s leadership, Four Seasons will deliver the exceptional service that the brand is known for around the world,” said Richard L. Friedman, President and CEO, Carpenter & Company Inc.