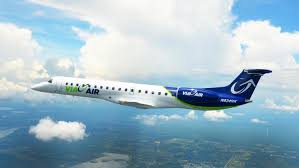 Via Airlines this year is ending its commercial flight routes to and from Birmingham.

The Florida-based airline has decided to change their business model returning to a charter service with the exception of offering flights from Jackson, Miss. to Orlando, Fla. These changes come after there have been some questions surrounding the airline recently.

Via Airlines came to Birmingham last month with its inaugural service received complaints about flights being cancelled. There are negative reviews about Via Airlines canceling flights with little to no notice dating back three years ago on TripAdvisor.

The most recent comment was left this month when someone’s flight was canceled and they didn’t receive the refund they were told would come.